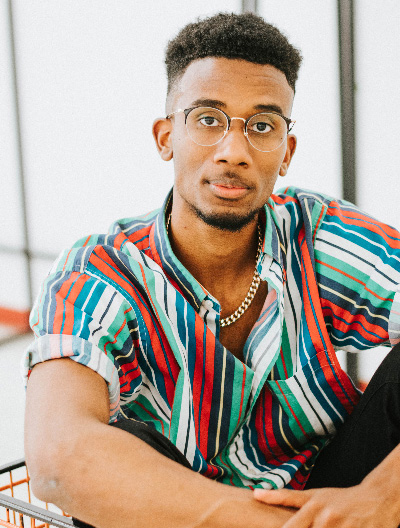 Darvensky Louis, a dancer, choreographer, photographer and videographer, was born in Port-au-Prince, Haiti. After moving to New Jersey in 2000, he relocated to Georgia in 2009. He began his training with The Royal Dance Academy under the direction of Sarah Johnson and Jay Johnson at the start of his freshman year of high school. Currently, he is a Kennesaw State University graduate with a dance concentration in modern. He has had the opportunity to perform in works by guest choreographers Ella-Ben-Aharon from Tel Aviv and James Graham from San Francisco, Annalee Traylor from New York City, Dr. Ivan Pulinkala, Lisa K. Lock, Jon Carr, Sean Nguyen-Hilton, and Andrea Knowlton from Atlanta. Not only is Darvensky a performer, he is also a freelance videographer and photographer. He has produced videos for Terminus Modern Ballet Theater and Fly on a Wall. Darvensky also enjoys teaching dance classes around the Metro-Atlanta area.