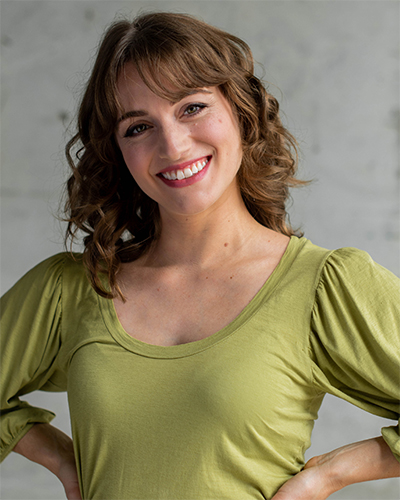 Jackie Nash started her pre-professional ballet training at the Connecticut Dance School under the direction of Alan Woodard. She then spent two years in the dance and academic residency program at The Rock School, graduating in 2009. During her summer studies, she attended the Chautauqua Institute, Nutmeg Conservatory, Miami City Ballet, and the Atlanta Ballet Centre for Dance Education. She did one year in the Fellowship program at Atlanta Ballet and was promoted to an Apprentice for the 2010-2011 season. The following year she became a company member and served in this role until 2021.  She was also chosen by her peers to serve as the union representative for the American Guild of Musical Artists for four years. Notably, Jackie's performance at the Joyce Theater with Amy Seiwert's Imagery was named one of  Pointe Magazine's "The 12 Standout Performances of 2017". She has also had the opportunity to teach at the Atlanta Ballet Summer Program, the Royal Dance Academy's summer session, The Neighborhood Ballet Summer Intensive, Perimeter Ballet, Chattanooga Dance Theatre and Terminus School of Modern Ballet.