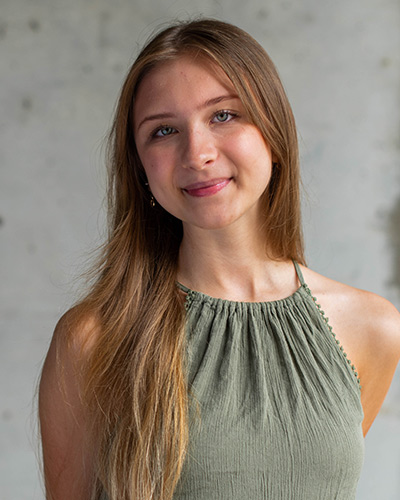 Katelyn began dancing at Sawnee School of Ballet under the direction of Joan Kall Stewart. In her freshman year, while beginning high school virtually, she trained under Orlando Molina and The Royal Dance Academy faculty. Throughout her training, she has spent summers with Ellison Ballet, Colorado Ballet, and after spending a summer with TMBT in 2018 she joined Terminus School of Modern Ballet’s PTP in August 2019. While in TMBT’s PTP she had the opportunity to perform alongside the company in Tara Lee’s Under the Olive Tree and is extremely excited to be joining the Protégé Program for the 2021/22 season!