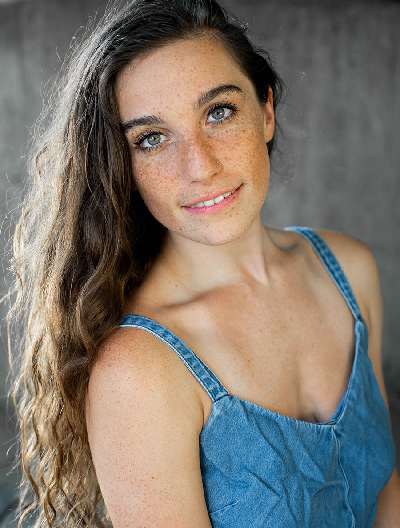 Laura Somers Morton a Maryville, TN native was trained under her mother’s direction, Amy Morton Vaughn, at Van Metre School of Dance and as a member of the Appalachian Ballet Company. Laura was a scholarship recipient and studied at many summer intensives including Houston Ballet, Boston Ballet, Chautauqua Institute of Dance, and Atlanta Ballet. At age 16, she moved to Houston, TX and trained with the Houston Ballet Academy. In 2014, she joined Atlanta Ballet’s second company and in 2016 was promoted to an apprentice. In her professional experience with Atlanta Ballet, Laura had the honor of performing ‘Carabosse’ in John McFall’s Sleeping Beauty. She was also featured in celebrated choreographers such as Jiri Kylian, Liam Scarlett, George Balanchine, David Bentley, Helen Pickett, and Gemma Bond. In 2017, she had the opportunity to perform the ‘Sugar Plum Fairy’ in Appalachian Ballet Company’s, The Nutcracker. As an alum of Regional Dance America and Appalachian Ballet, she created her first work on her home company titled “Individuation” and premiered it on the Emerging Choreographer’s Concert at the Regional Dance America/Southeast festival in May 2019.

Over the past few years, Laura has been featured in works created by Atlanta’s George Staib, Heath Gill, and Tara Lee, she was also in the digital world-premiere of “Long Ago and Only Once” choreographed by Ana Maria Lucaciu and most recently debuted as Marley in Heath Gill's "Marley was dead, to begin with.". Laura joined Terminus as a protégé in January 2018 and was promoted to a Company Member in August 2019.  Laura is the Student Program Principal of Terminus School of Modern Ballet and in 2021, she was named one of Dance Magazine's "25 to Watch".